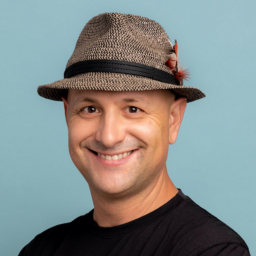 The CEO of any startup has three primary roles:

As anyone who has built and run a business from the ground up will tell you, being a CEO is not the easiest gig in the world. With so many different distractions pulling you in so many different directions, it’s easy to get overwhelmed by the minutiae of the day to day and lose sight of those three responsibilities.

To be fair, CEOs are responsible for more than just those three things. Each CEO has to wear multiple hats. But the fundamentals are still true.

Raise Money — And Then Raise More

I’ve noticed a pattern amongst entrepreneurs — even the good ones — where many of them forget the importance of the first responsibility listed above: raising capital. They forget that fundraising is an ongoing job that needs to be done regardless of the current cash balance.

Raising money is hard enough as it is. But by not working on it in between rounds, CEOs and founders make it that much harder on themselves. To be successful, CEOs need to take the A.B.F. approach to fundraising: always be fundraising.

A little maintenance goes a long way — just like heading to the gym on a regular basis is good for your health and fitness. Don’t get fat and lazy in between fundraising rounds — getting back into fighting shape (or fundraising shape!) is 10 times harder when you don’t have a base.

Some readers will almost certainly blow this off as easy-to-say/hard-to-do VC advice, but I actually screwed this up in the past too. Knowing what I know now, I wish I could go back in time and talk to my former-self. There were times when I was terrible about A.B.F. and other times when I was much better at it. The results of each approach were pretty clear.

I now see the difference between CEOs who take the A.B.F. approach and those who treat it as as a finite transaction. If you are not talking to and engaging investors between rounds, you are not A.B.F and you’ll pay later. When it’s time to raise (even in a “things are awesome and I need to fund the growth” scenario) it’s way more work as you are starting the relationships from scratch in many cases. The biggest difference is the fact that, with an A.B.F. mentality, whenever it’s time to raise more money — regardless of whether it’s a big up round or a “leap over the valley of death bridge” — the rounds get done faster, easier, and with more support from investors…and often on better terms.

Here’s a simple contrast between A.B.F and transactional fundraising: 2–3 hours a month woven into everything you do or 3–5 stressful months on the road herding cats during only two good windows per calendar year. Am I getting through?!?

Tips for Making A.B.F. a Reality

So how exactly can you become someone who lives and breathes A.B.F.?

Are you the kind of CEO who’s always thinking about raising money but not doing it? Or could your fundraising game be enhanced? The sooner you adopt an A.B.F. mindset, the less time you’ll spend actually fundraising!