Like any hard problem, the challenge is multifaceted. You need to notice something wrong in the world. You need to study that source of suffering until you understand it deeply. You need to generate ideas for how to fix it. You need to act on those ideas in order to test them. You need to fail until a solution finally sticks. You need to scale your solution so the right people can benefit from it. Only then can you claim to have innovated, to have figured out how humans can do things better. But it's not over—it's never over—because you need to continuously adapt your solution to a changing world. Oh, and by the way, at every single point on this journey you need to bring together the people and resources necessary to take the next step—it's a steep mountain to climb.

If that sounds exhausting, if that sounds like it would push you beyond your limits, test your resolve, and possibly even break your spirit, then you're paying attention. Few things are more difficult than building something truly new, and the sacrifices required to even attempt to do so are real and significant. Most people rightfully avoid it. It's a lot easier to do things the way they've always been done with the same folks who have always done them. But if you're the kind of person who can't resist the call to make things better by making better things, then you're our kind of person, however you look, live, or love.

We founded Massive because we noticed something wrong in the world: while raising money for our own startups, we encountered many investors who said they wanted to add value beyond their capital, but very few who actually did so. For the most part, they were great investors: honest, fair, smart, kind, creative, and deep pocketed. We were lucky to have the opportunity to put their money to work. But they thought like investors—people betting on things—instead of thinking like founders—people building things from scratch. And when you're attempting something as hard as building a company that empowers people to do things better, having someone that you can be open, transparent, and vulnerable with, someone who understands you and the complex problems you're trying to solve, someone who will be there when things go wrong to help you make them right, having that kind of a partner can mean the difference between success and failure. That's where we started.

At the same time, we were frustrated by our own experiences investing in startups. Angel investing is an extraordinary amount of work and limits you to participating only at the very beginning of a company's life, whereas becoming a limited partner in a venture capital fund is passive by design: you receive an update from the fund managers a few times a year and, if they're successful, a large wire transfer a decade later. Neither option felt connected to actual company building.

So we decided to invent a way for founders to invest in fellow founders, everyone accelerating each other with capital, insight, and empathy.

Massive is a hub in a growing network of entrepreneurs seeking to build a better future. We source high-quality, positive-sum deals at every stage from Seed to pre-IPO. Companies don't grow straight up. Like humans, they hit natural inflection points on the way from conception to maturity. When we identify the right kind of inflection point in the right kind of startup, we share deep diligence on the opportunity, put in our own money and invite our members to invest alongside us on a deal-by-deal basis. Together, we play a meaningful role on the cap table as our portfolio companies grow. We are open, vulnerable, and transparent with our founders so they can learn from our mistakes and know they're not alone. We offer specific, empathetic, and actionable perspective on everything from messaging to managing dependencies, structuring venture debt to maintaining equanimity in the face of the next crisis (you know it's coming). And it doesn't end there: every Massive founder automatically becomes a Massive member and can participate in future deals. This transforms the binary investor/entrepreneur relationship into a flywheel where builders grow and win together.

Just like the startups we fund, Massive is an evolving experiment, a vehicle for figuring out how humans can do things better. As we learn, we iterate. Success isn't just top decile returns—though we plan to generate them. Success is founders working together to make the hard problem of innovation just a little less hard. If it works, and the possibilities for a better future start to compound, the results will speak for themselves. In the meantime, there's a mountain to climb, and another peak behind it, and room in the expedition for anyone with the courage and conviction to reinvent themselves as they invent something truly new.

Home
About
Members
Portfolio
Blog
Get in touch 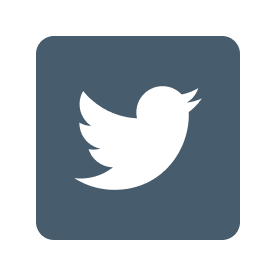